ΤΤLog focuses on several scientific fields of research and educational activities, such as transportation planning, design and evaluation, transport safety, user behavior analysis, development and implementation of advanced transport technologies, traffic and transport management, logistics etc., and develops research projects with funding from either the European Union or Greek public and private bodies. Below, you will find an indicative list of projects and studies that the TTLog research team carried out or participated in. 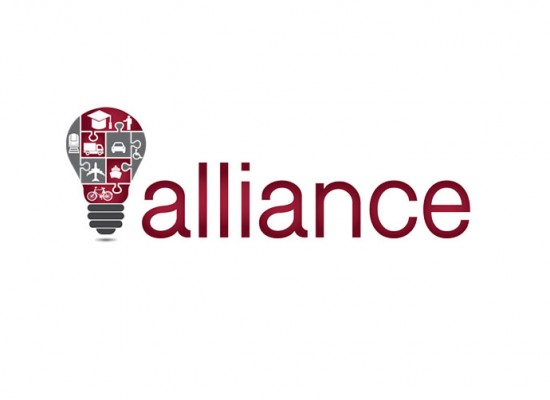 The scope of the project is the enabling of stimulating and strengthening the scientific...
Feb 07, 2016 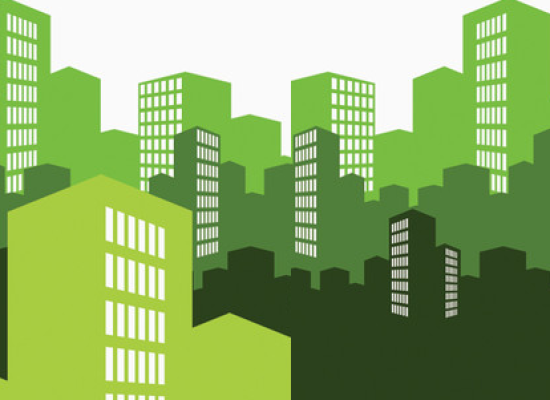 The project’s vision is to strengthen the capacity of local authorities & stakeholders...
Feb 05, 2016
Research Projects

The scope of this study is to upgrade the transportation service provided by the...
Feb 05, 2016 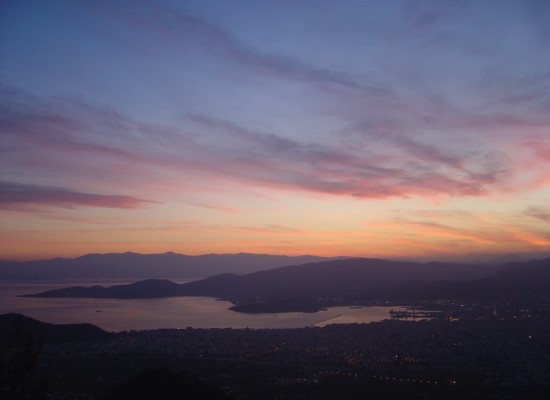 The project aims at developing an intelligent mobility platform informing the citizens...
Feb 04, 2016 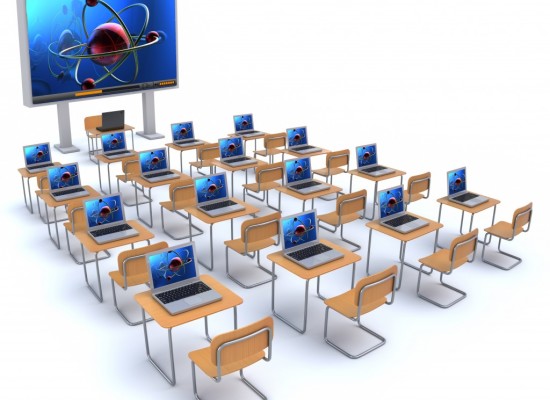 The project aims at contributing to the design and operation of seamless, smart,...
Dec 07, 2013 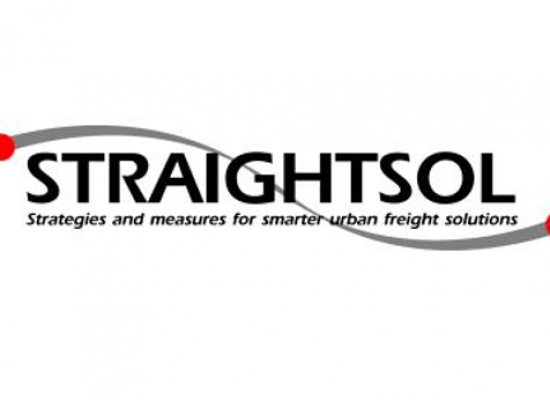 The overall objective of BGLC is to increase the integration between the northern...
Dec 07, 2012 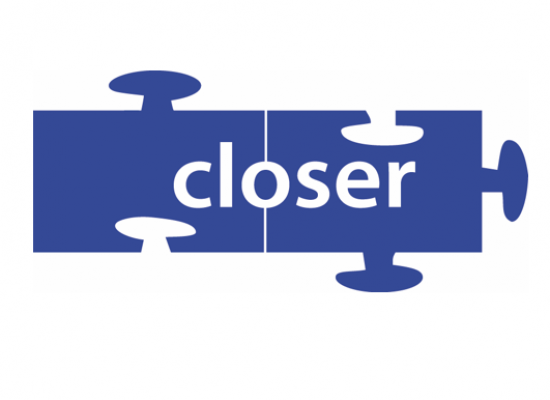 The European Transport Policy (ETP) proposes the concept of co- modality as an essential...
Dec 07, 2011

The CAST Research Project belongs to the Sixth Framework Programme of the European...
Dec 06, 2009

The REVITA project aims at developing strategies for the conversion of railway stations...
Dec 20, 2006

IMONODE aims at exploring alternative approaches in order to propose solutions regarding...
Dec 20, 2002

Improvement of the geometric characteristics of 12 intersections along National Highway 11, Technical Bureau of the Prefecture of Thessaloniki, 1994-1996.

Dissemination of CAST – Campaigns and Awareness-raising Strategies in Traffic Safety, Specific Targeted Research Project (STREP), assigned to the University of Thessaly by the European Commission 2008-2009.

Evaluation of the Greek Campaign CAST, in the context of the research project “Campaigns and Awareness-raising Strategies in Traffic Safety” Specific Targeted Research Project (STREP), assigned to the University of Thessaly by the European Commission 2008-2009.

Campaigns and Awareness-raising Strategies in Traffic Safety, Specific Targeted Research Project (STREP). Assigned to the University of Thessaly by the European Commission, 2005-2008.

Human network for the advancement and promotion of the road safety, Assigned to the University of Thessaly by the General Secretariat for Research and Technology, Ministry of Development, 2003-2005.

Integrated Road Safety Systems, with the application of advanced driver monitoring, warning and information technologies (OSOA – 3P), Research reinforcement program (PENED – 2003). Assigned to the University of Thessaly by the General Secretariat for Research and Technology, Ministry of Development, 2005-2008.

i-mobi Volos – Information Mobility Platform in the city of Volos, Targeted Research Program, assigned to TTLog by the Research Committee of University of Thessaly, i-mobi VOLOS aims at developing an Intelligent Mobility Platform informing commuters for all available modes, routes and timetables, and a combination of them, under real-time information provision, 2013-2015.

System for effective assessment of the driver state and vehicle control in emergency situations – SAVE, DGXIII, DRIVE III. Application of advanced technologies for the monitoring of the drivers’ behavior, notification of the drivers and the surrounding environment, and application of emergency control strategies for accident avoidance, 1996-1998.

Sustainable urban mobility management based on an integrated tool-set – SUMMIT, SAVE Program, European Union. Development of a tool for designing and assessing more-suitable mobility patterns having particular regards to the estimation and achievement of positive energy and environmental impacts, 1995-1996.

Traffic and environmental impact study, including techno-economical assessment of the construction of the Aluminium Tower interchange, Democracy of Cyprus – Ministry of Transportation and Works. Assigned to SSE Environment SA / ALA Planning Partnership Ltd. Responsible for the traffic impact analysis, 2008-2009.

Integrated system for the benchmarking of the railway infrastructure, Institute of Transport. Assigned by the Hellenic Railways, 2003-2006.

Master plan for the development of the infrastructure and operations of the passenger port of Volos, Volos Port Authority, Ministry of Maritime. Assigned to Aristotle University of Thessaloniki, 2000.

Thematic evaluation of the transportation development project, European Commission, DG XVI (1999). Assigned to Oscar Faber, UK. Assessment of the on-going and future Support Framework Program in the European countries, investigation of the degree of completion, allocated and resulted budget, 1999.

Technological priorities in the transport sector, General Secretariat for Research and Technology, Ministry of Development, 1999.

Sustainable mobility in the prefecture of Magnesia. LIFE Program. Development plan for the transportation system, and assessment of its impact to the environment, tourism, and economy of the area, 1997.

General transport and traffic study in the Greater Area of Thessaloniki – Stage II. Bureau of Urban Planning and Environmental Protection of Thessaloniki, 1997.

Traffic and construction study for the K7 intersection in the vicinity of the elementary school. Municipality of Oraiokastro, 1997.

Traffic and construction study for the pedestrian way and parking lot at Dimokratia str., 1997.

Traffic study at the Municipality of Lagada, 1997.

Organization of the traffic system of Ammoniate. University of Thessaly, Department of Civil Engineering. Municipality of Amintaio, 1996.

Urban development and traffic planning for the inter-connection of the old and new developments at the Municipality of Oraiokastro, 1996.

Traffic study at the Old Town. Municipality of Thessaloniki, 1996.

Feasibility study for the railway connection between Domokos and Lianokladi, General Support for the Hellenic Railways, 1996.

Feasibility study for the railway line between Volos and Palaiofarsalos, General Support for the Hellenic Railways, 1995.

Evaluation of the feasibility of the Rio-Antirrio Bridge, initiated by the European Investment Bank and in coordination with GTM International, 1995.

Strategic Master Plan for the Transport Infrastructure in Greece – GREECE 2010, project initiated by the Ministry of Finance, Greece, 1992-1993.

Design of the Route 78 and Route 5 interchange, CALTRANS, San Diego California. This job included widening of the exit ramp from Route 78 to Route 5, ramp metering, ramp closure, and traffic diversion, 1992.

Upgrading of Route 36 from a medium flow arterial to a high speed high volume highway, CALTRANS, San Diego California. This project included right of way acquisition along the corridor to be improved, 1991.

Connecting LOng and Short-distance networks for Efficient tRansport – CLOSER, Collaborative European Research Project assigned to the Institute of Transport, Center for Research and Technological Development by the European Commission, 2010-2012.

Management of the transportation of hazardous goods through the tunnels of the National roadway network from Athens to Patras, the underground bypass of Katerini, and the underwater tunnel of Action – Preveza, Institute of Transportation, National Center for Research and Technological Development. Assigned by the Ministry of Environment and Public Works, Greece, National Highway Funds S.A., 2007 – 2008.

Enhancement of the administrative abilities of the Cyprus Port Authority, European Commission, Assigned to TREDIT SA. Responsible for the development, implementation, monitoring and evaluation of a training program for the Port Authority and its partners, 2006-2008.

Development of the institutional and administrative rules for the transportation of dangerous goods through roadway tunnels, Institute of Transportation, National Center for Research and Technological Development. Assigned by the Ministry of Environment and Public Works, Greece, Special Service of Public Works – SERA (concession projects), 2006–2007.

Environmental friendly urban freight transport in Kavala, Assigned to the University of Thessaly by the Institute of Transport, Center of Research and Technological Development, 2005.

Feasibility for the establishment of short sea shipping services in Pagasitikos golf, Assigned to the University of Thessaly by the Volos Port Authority SA, 2004.

Feasibility study for the improvement of the Port of Volos, Assigned to the University of Thessaly by the Volos Port Authority SA, 2003.

Feasibility study for the improvement of the main pier, the container terminal and the road connection over the Xirias River in the Port of Volos jurisdiction, Assigned to the University of Thessaly by the Volos Port Authority SA, 2003.

Feasibility study for the construction of railway and port terminal infrastructure in western Greece and the creation of an EU intermodal “gate” in south east Europe, Institute of Transport. Assigned by Hellenic Railways, 2003.

Transportation of dangerous and over-weight cargo, along the Egnatia Axis (Via Egnatia), Egnatia Odos S.A., Assigned to the Aristotle University of Thessaloniki, 2001-2002.

Potential market share of the port of Volos and measures for the increase of its productivity and business partner, Volos Port Authority, Ministry of Maritime. Assigned to Aristotle University of Thessaloniki, 1997.

Development of an urban public transport system at the municipalities of Amintaio, Aetos, Filotas and Lehovo, Assigned by Florina’s Development Authority to the University of Thessaly, 2000-2001.

Enhancing excellence and innovation capacity in sustainable transport interchanges – ALLIANCE, H2020-TWINN-2015, 1/1/2016-31/12/2018. Assigned to University of Thessaly by the European Commission.